Very close to the former mining town of Emuford is an abandoned mine. Emuford is west of Irvinebank, just west of Cairns in northern Queensland.

The waste rock dump was clearly river rock, since the pebbles were very rounded, but the stream was heavily polluted with iron staining – the tell tale signature of acid mine drainage (AMD).

Not only was the mine a mystery, the AMD started upstream of the waste rock dump and its source in the stream could not be located (in the quick time we had). Furthermore, the pH was only 6.5 – close to neutral – suggesting some dilution as water flows in the stream.

The entire site was a good mystery indeed – though the gross pollution is entirely obvious. 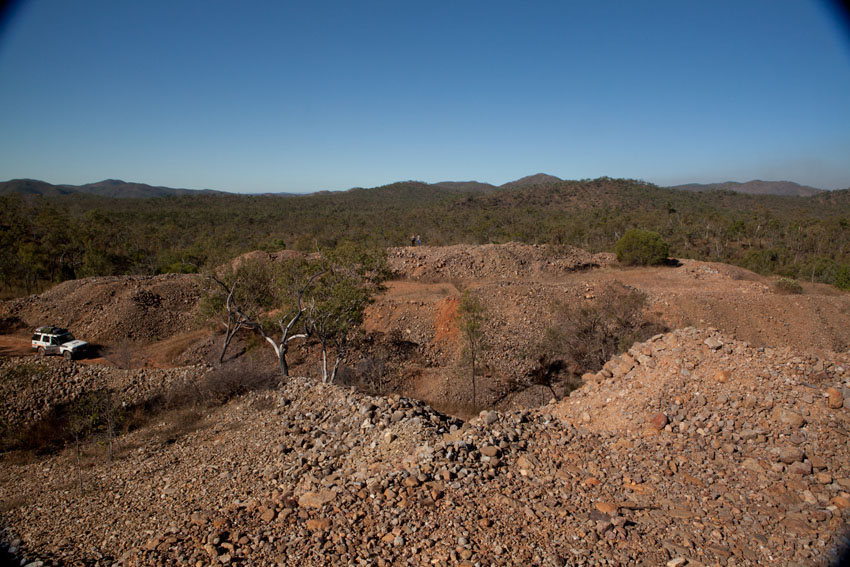 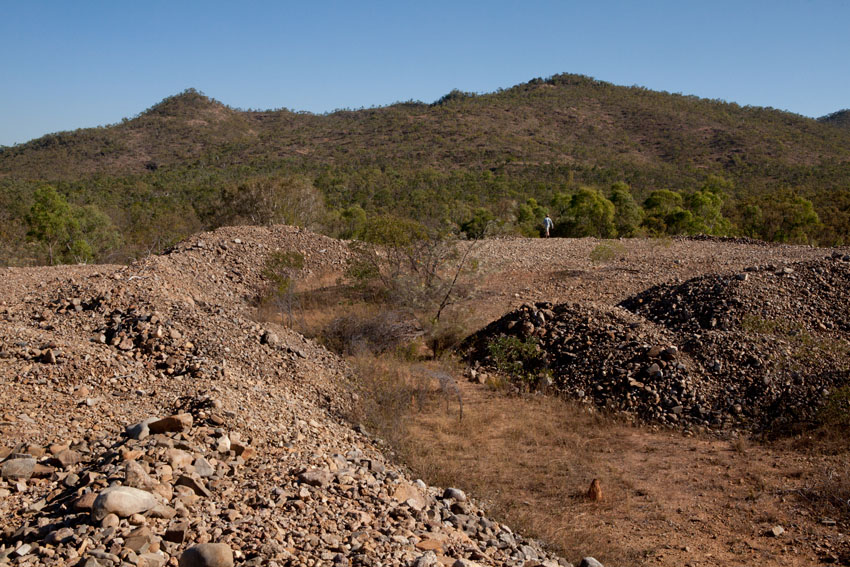 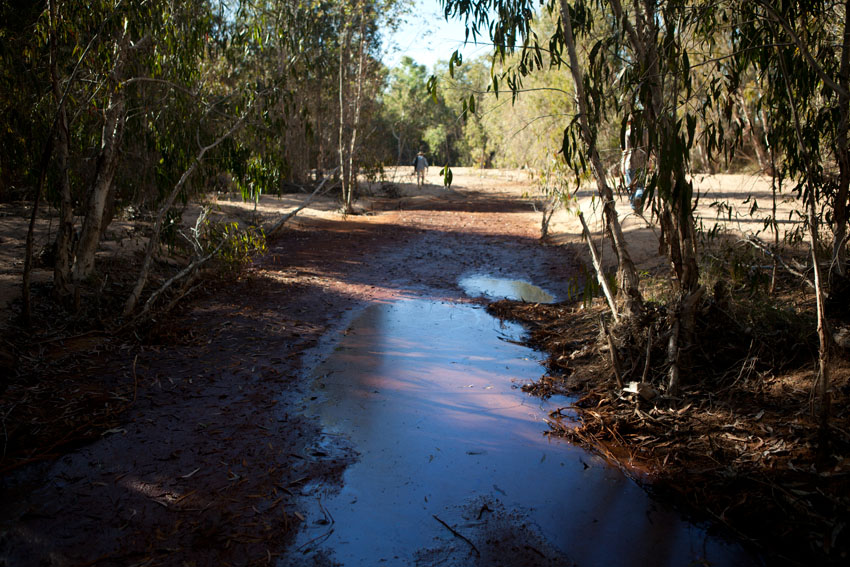 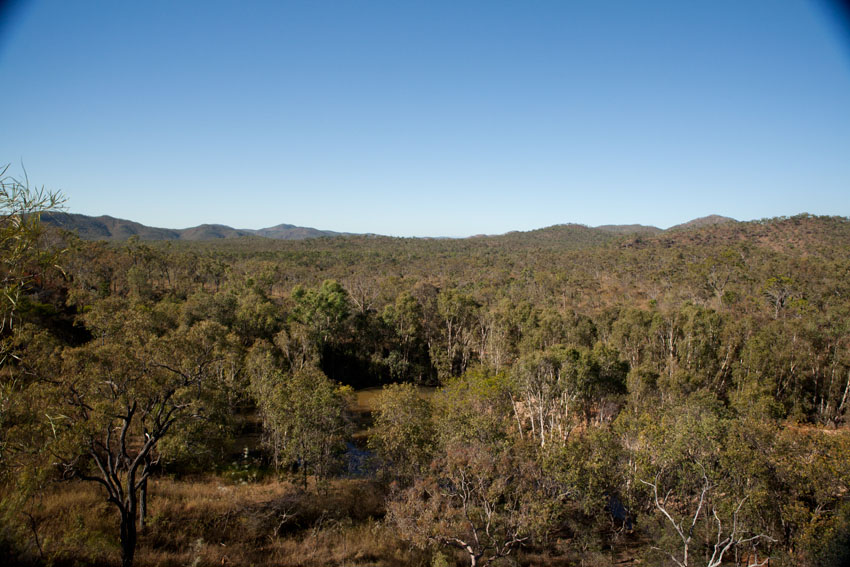 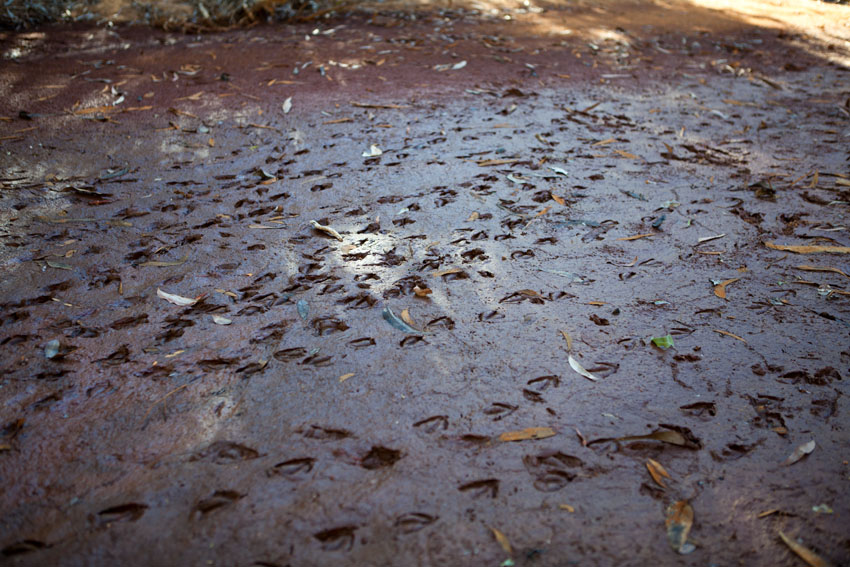 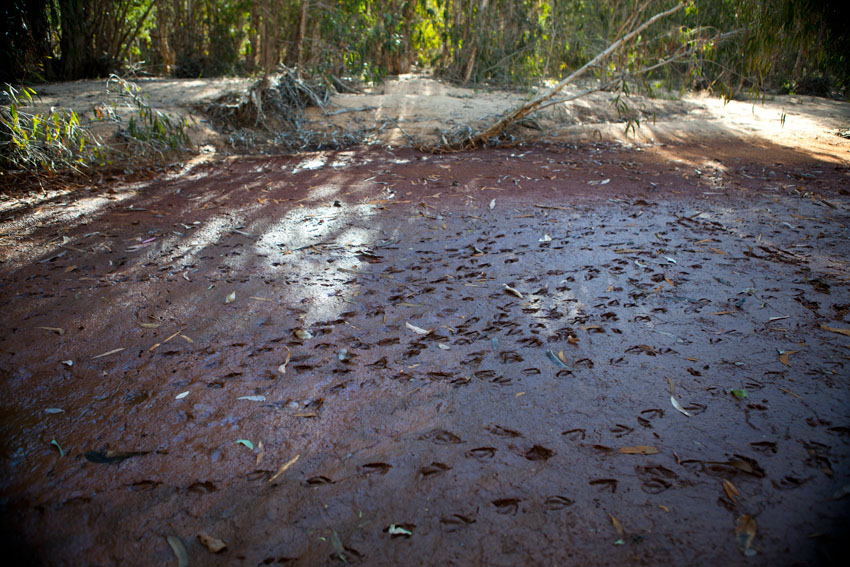 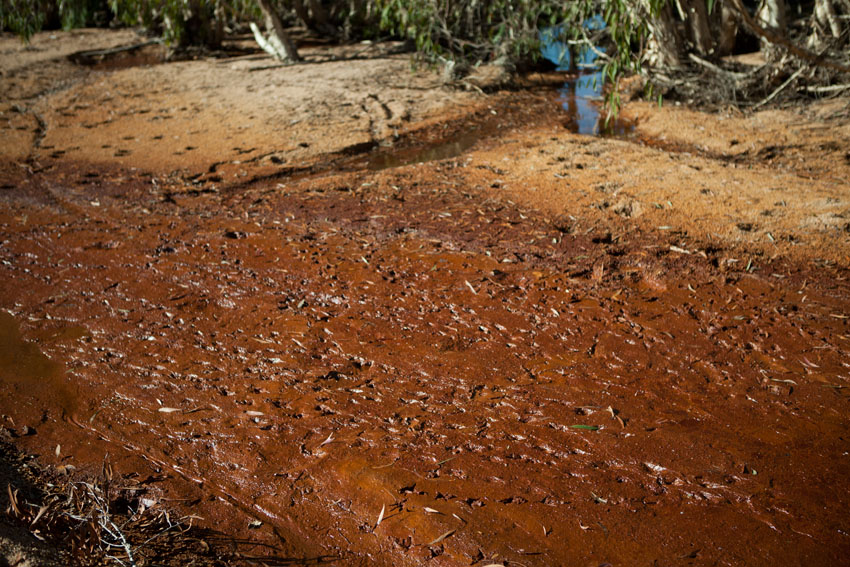 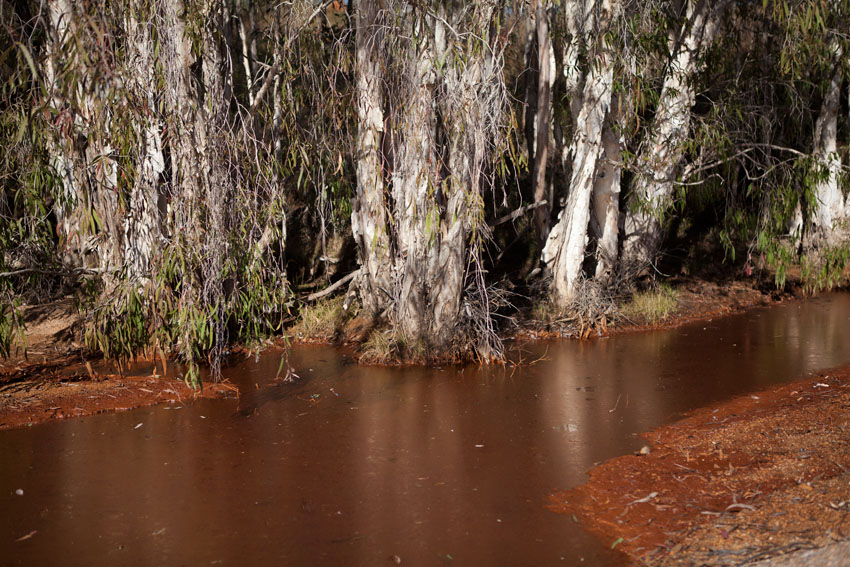 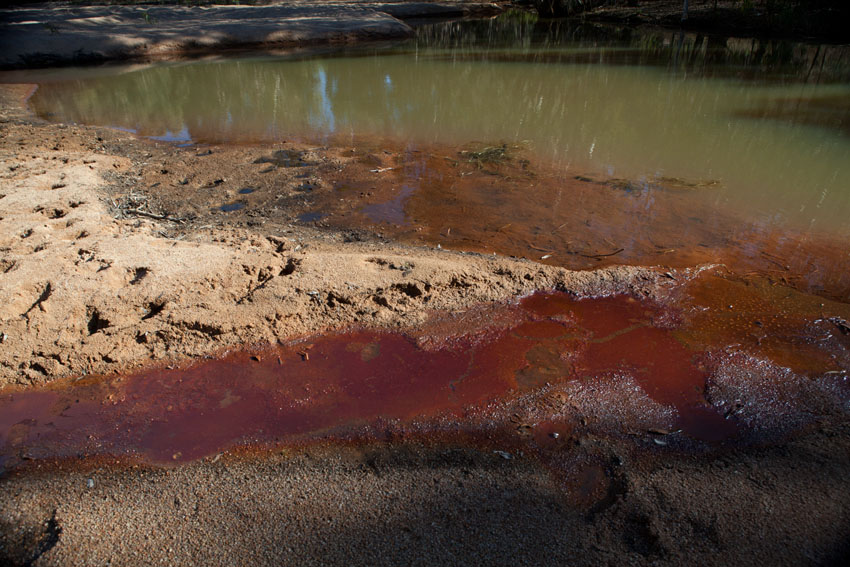 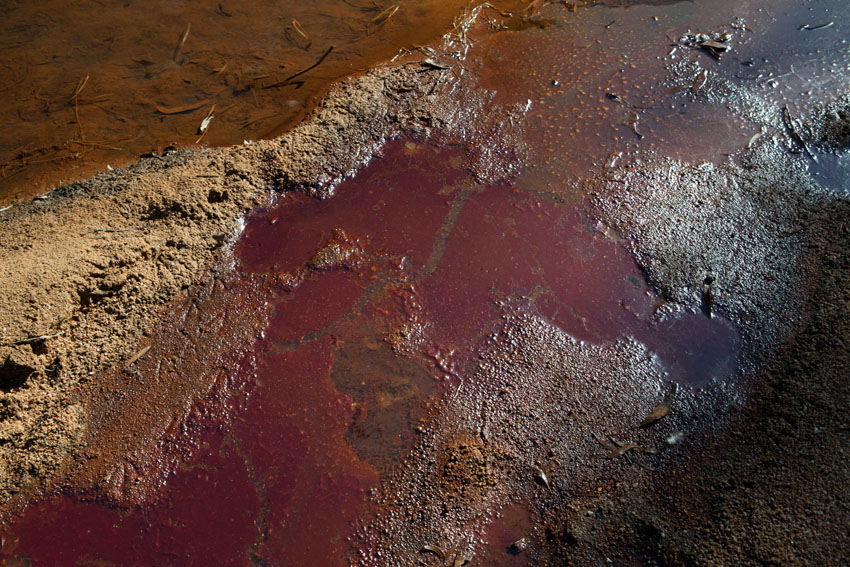 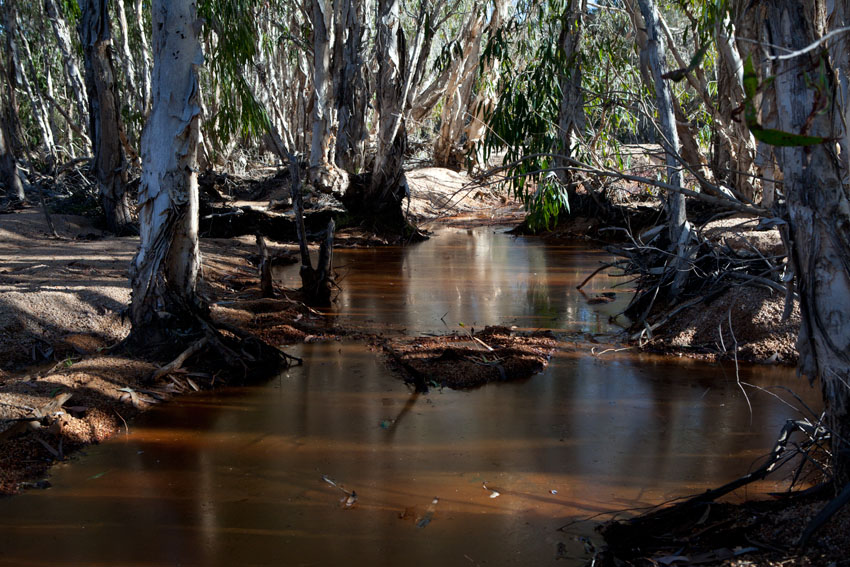 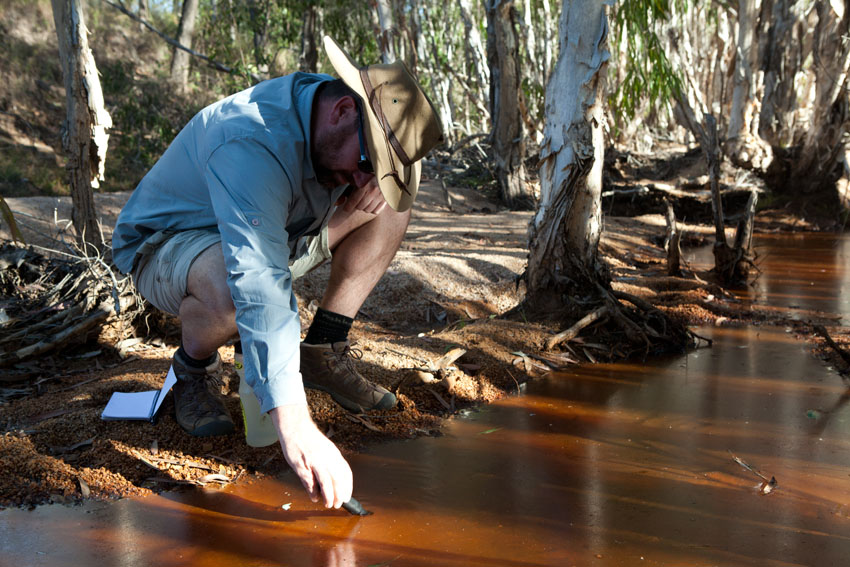 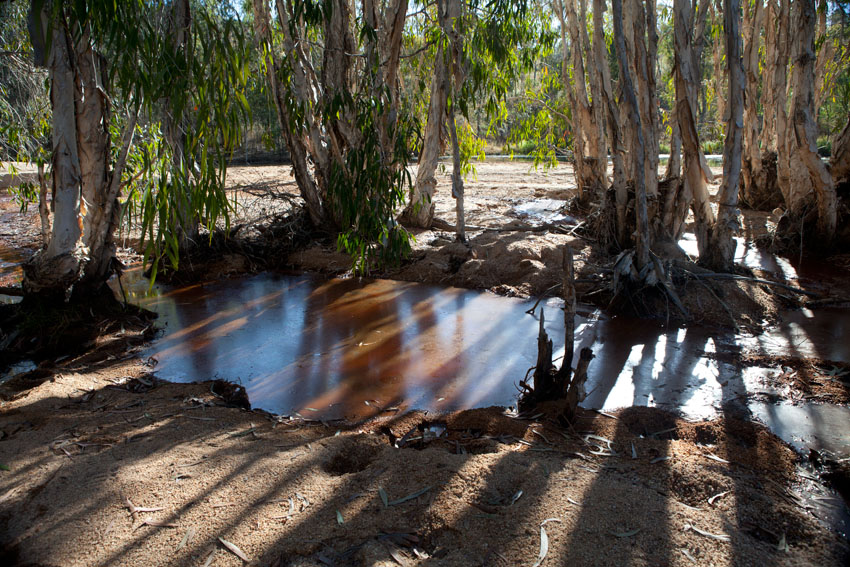 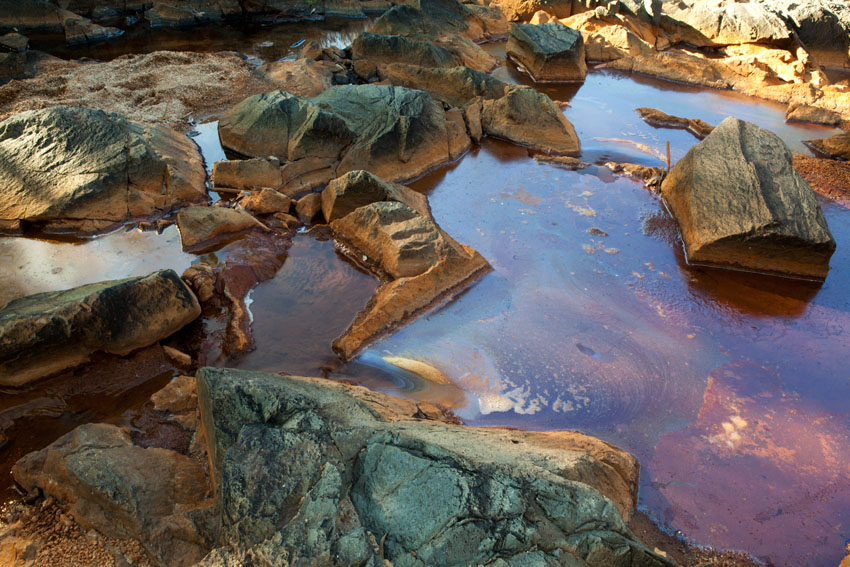