Lake Johnstone was owned and operated by Russian company Norilsk since 2007. The mine include the Maggie Hay and Emily Ann deposits and is situated 150km west of Norseman. The underground mine opened in 2001 and operated until 2009 when it was closed during the global financial crisis, reopened in 2011 and went in to care and maintenance in April 2013. In September 2014 Poseidon Nickel agreed to buy the mine for just $1 million, in their statement to shareholders the made this claim about the mine’s condition “The process plant and mine were placed on care and maintenance in April 2013and have been maintained to a high standard and are in an operational ready condition.”

The images below show a very different scenario – the underground mine appears to have completely collapsed making it look like an open cut mine rather than an underground mine. It highlights serious structural issues that were most likely present during operations posing a risk to workers. There are ongoing concerns about further subsidence and other environmental impacts at the site that are not being managed. Questions have been put to the WA Department of Mines and Petroleum about the safety and current status of this mine. 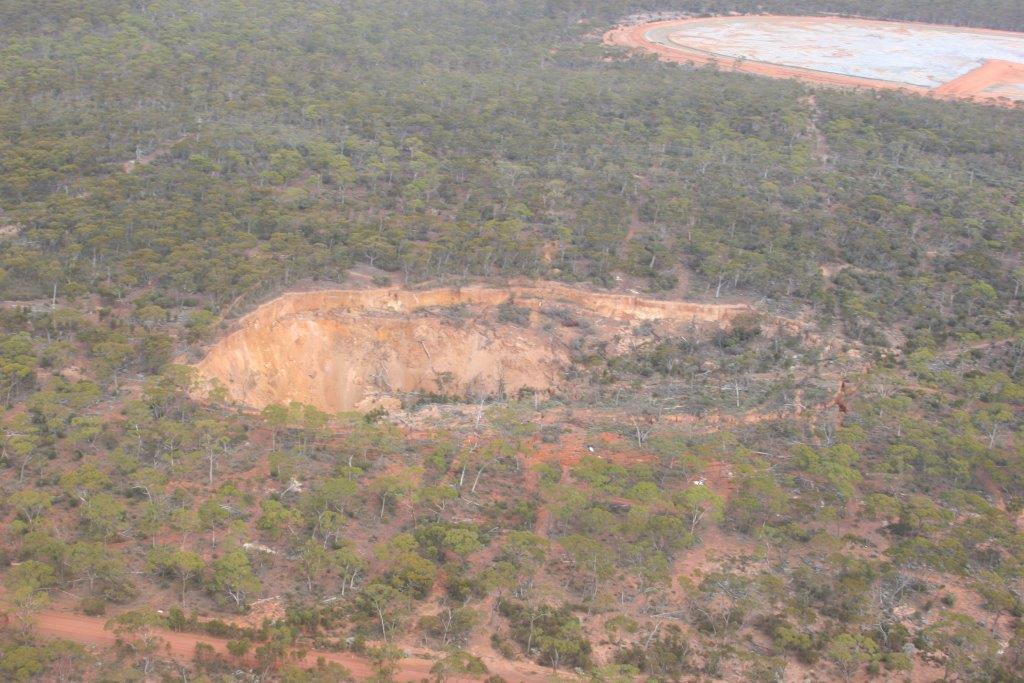 Lake Johnstone
aerial photo of subsidence of underground mine Spring 2014 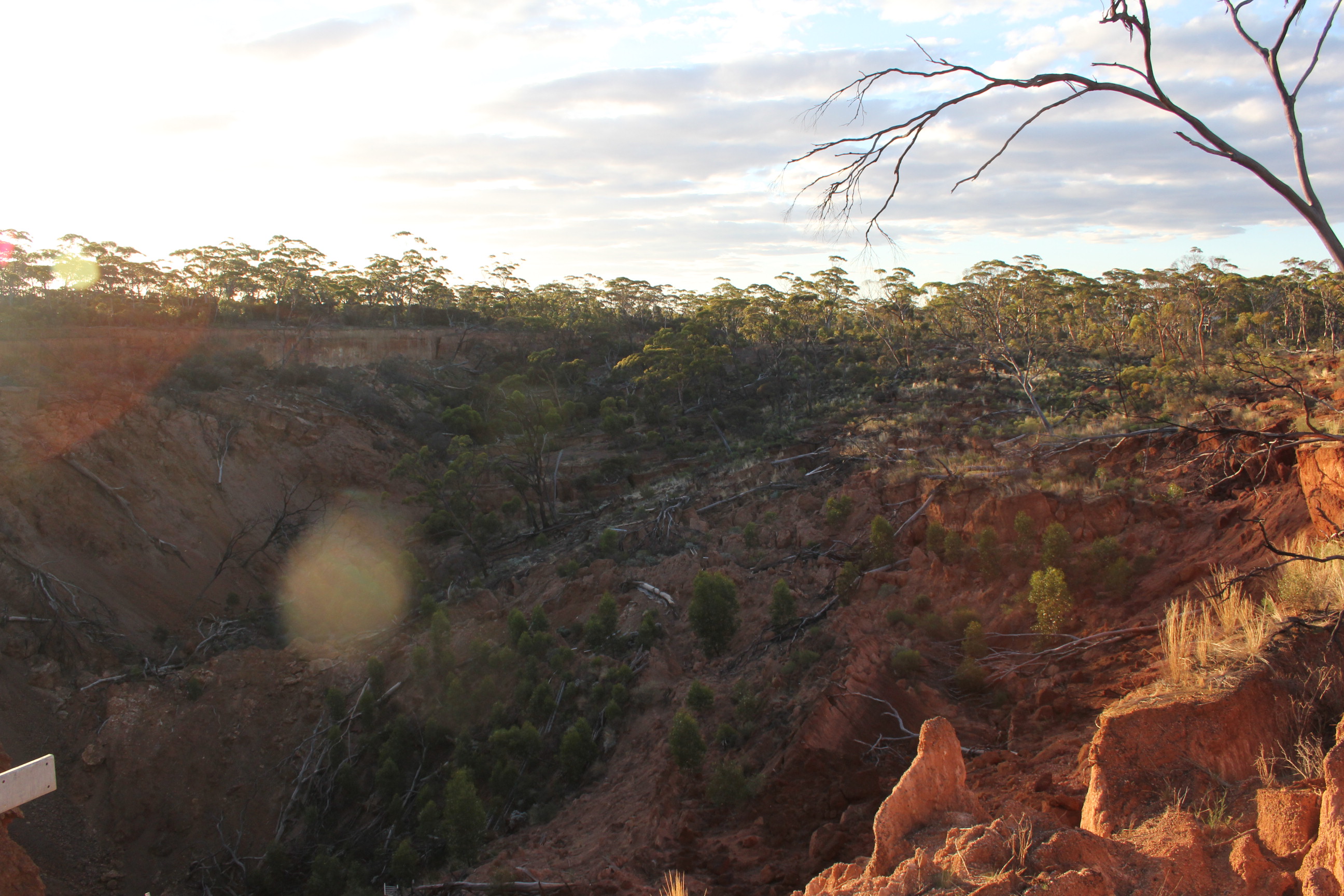 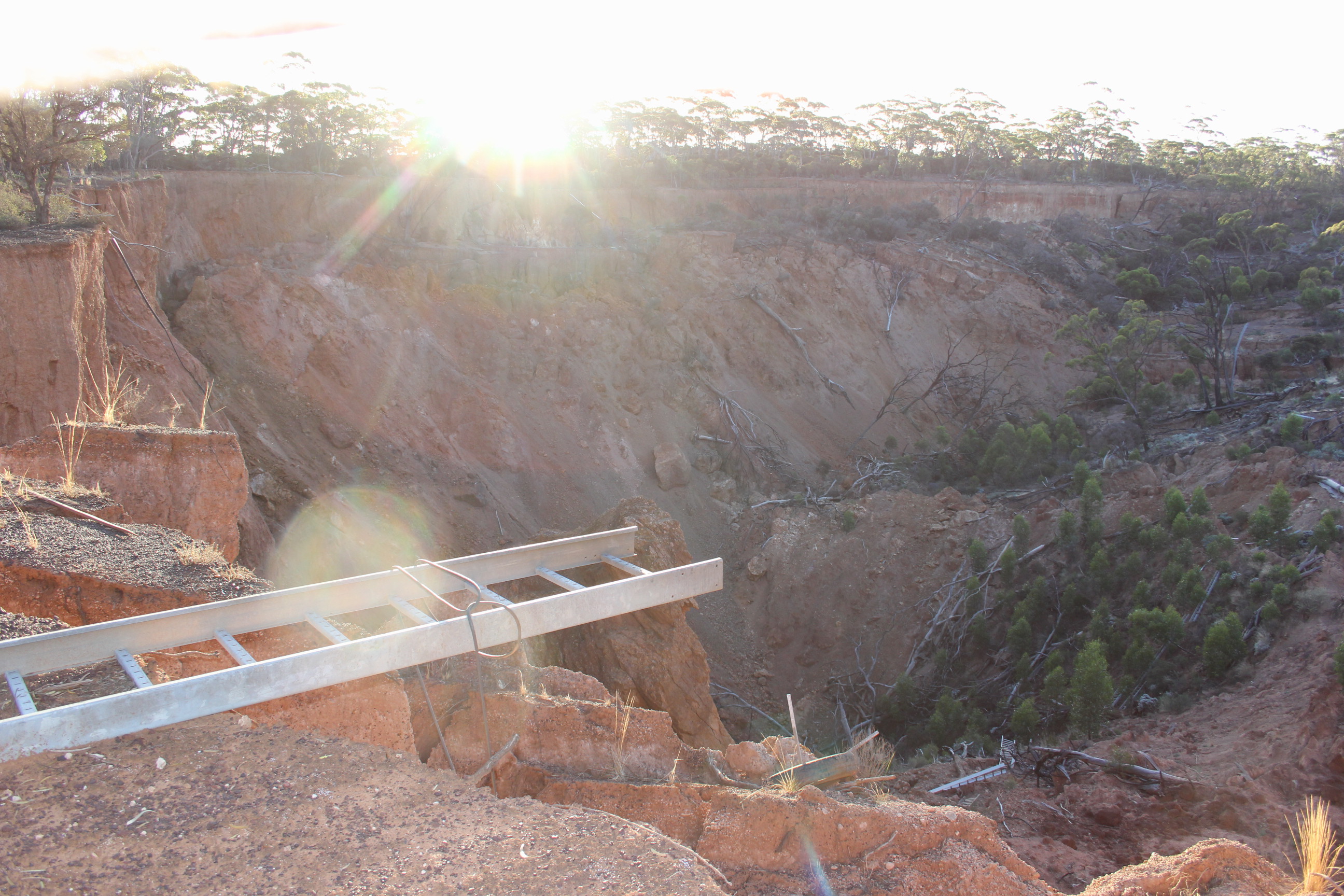 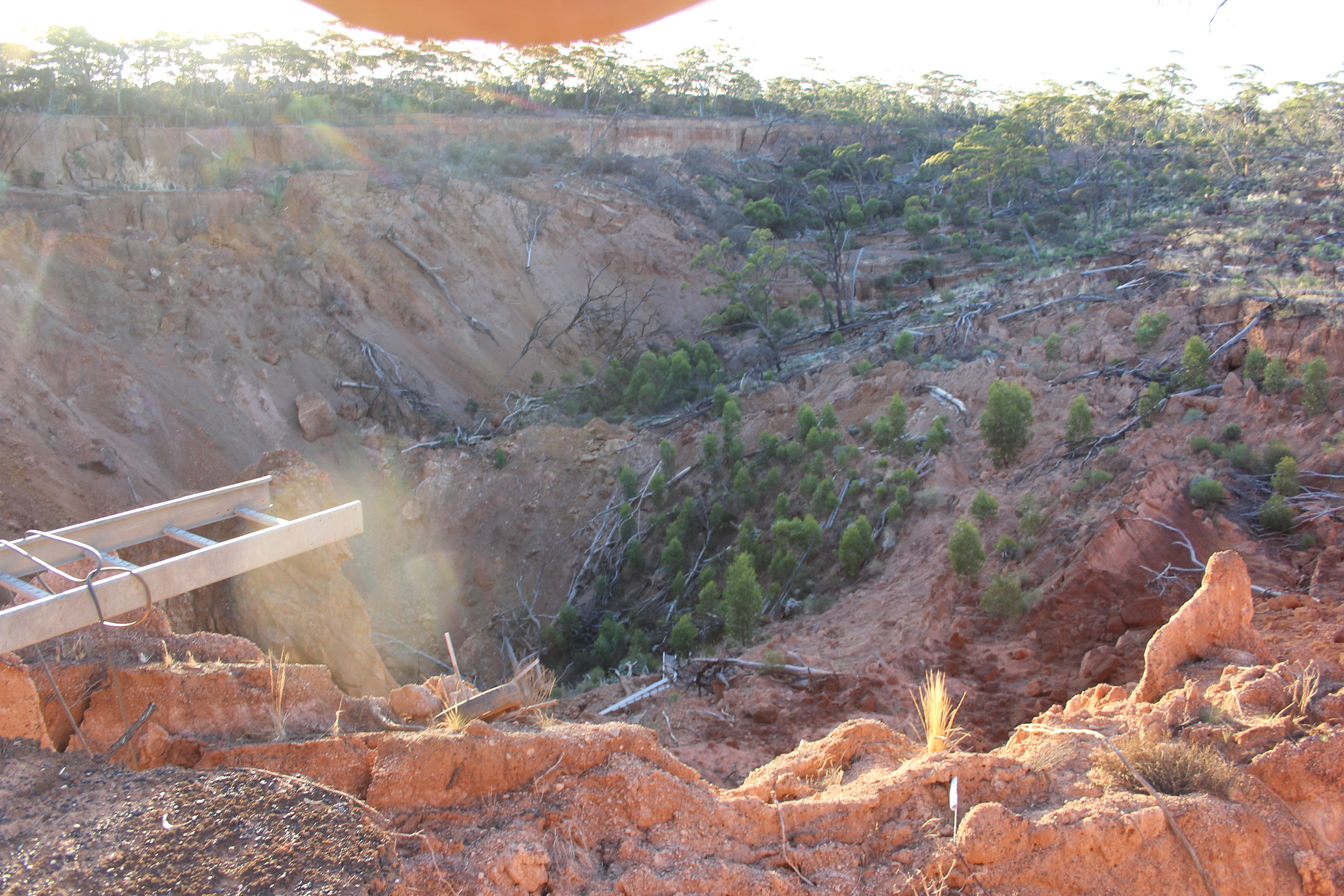 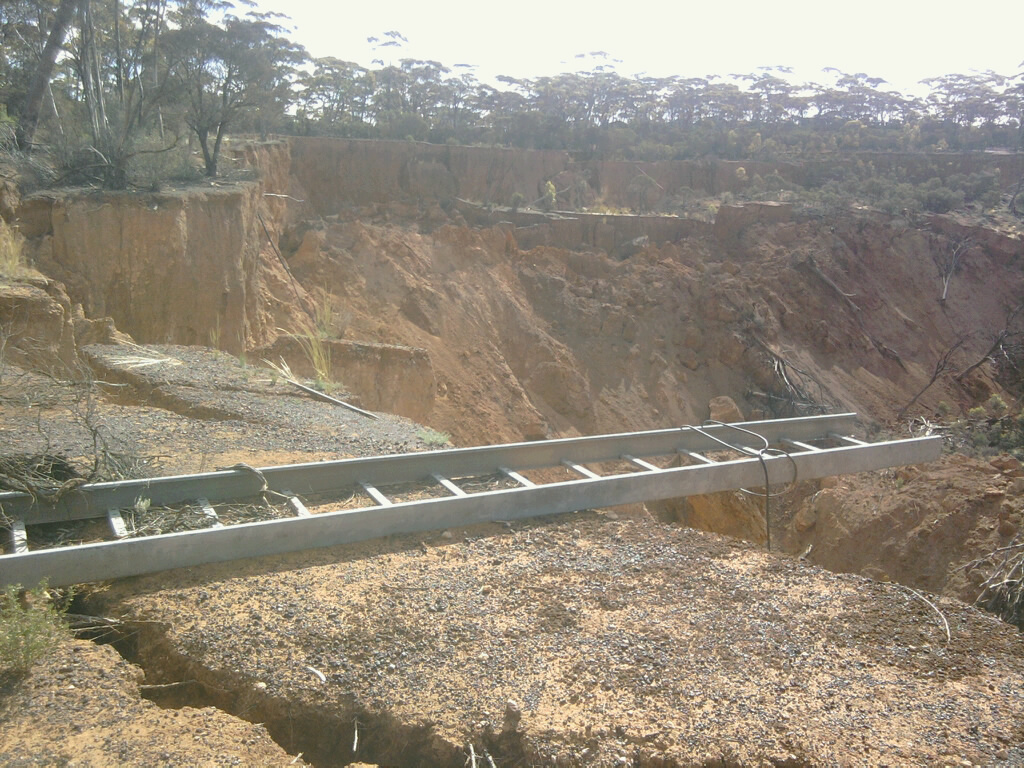 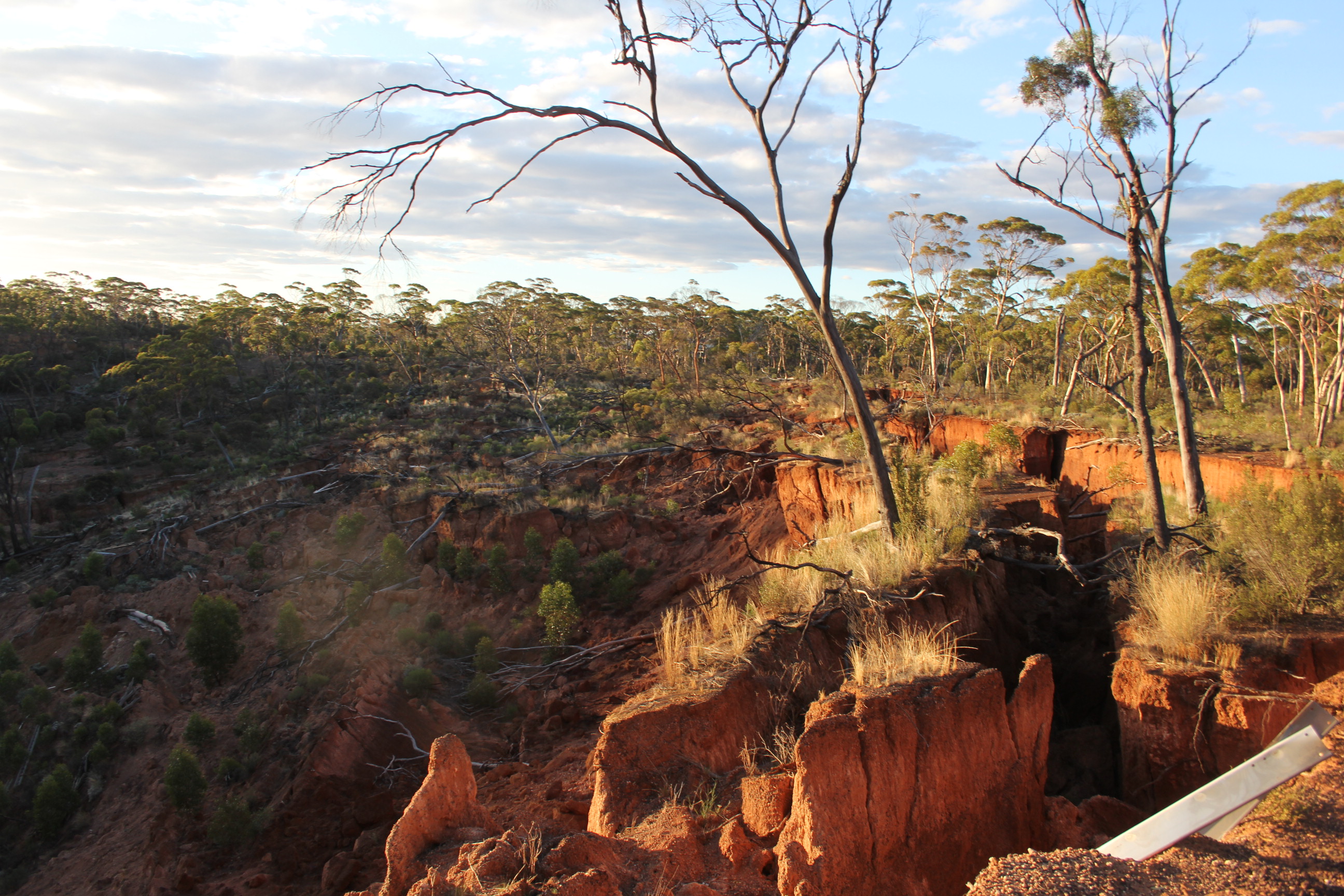