The infamous Rum Jungle uranium was Australia’s first large scale uranium mine – producing uranium for the American and British nuclear weapons from 1954 to 1971. Initially planned as an underground mine, the difficult ground conditions forced a quick switch to open cut mining – from three mines at White’s, Dysons and Rum Jungle Creek South. The mine also produced a small amount of copper, sourced mainly from the additional Intermediate open cut mine. The project was owned by the Australian Government, through the then Australian Atomic Energy Commission, (AAEC, now ANSTO), but it was operated under contract by former Rio Tinto subsidiary Territory Enterprises Pty Ltd (‘TEP’).

The economic geology is based on sulfide ores, with the waste rock also containing sulfides – making the site ideal for the oxidation of the sulfides in the wet-dry tropical climate to produce acid mine drainage (‘AMD’). The toxic and polluting AMD was recognised very quickly in the mine’s life but was ignored due to the military nature and political importance of the project. By the mid-1970’s, the Rum Jungle site was well known as one of Australia’s most polluted environments – with many people opposing uranium mining at Ranger and more broadly due to the severe pollution of the Finniss River and downstream environment.

In the 1980’s, the Australian Government spent about $25 million in rehabilitating the site – but as shown by these photo’s, the works have clearly failed to be effective, even though the rehabilitation was supposed to be engineered to last for 100 years.

Recently, the Australian and Northern Territory Government’s have co-operated in undertaking a 3 year study of the site, with the aim of developing future rehabilitation strategies. 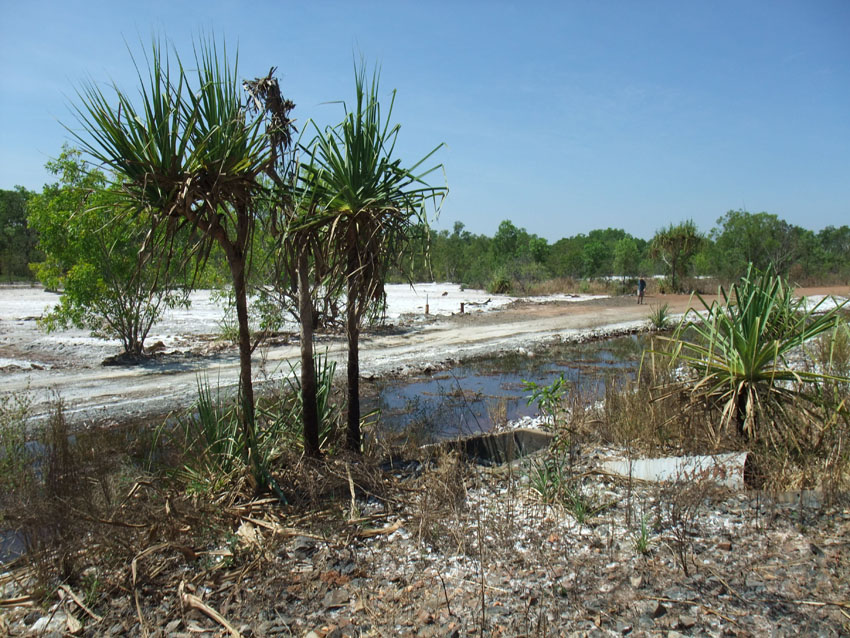 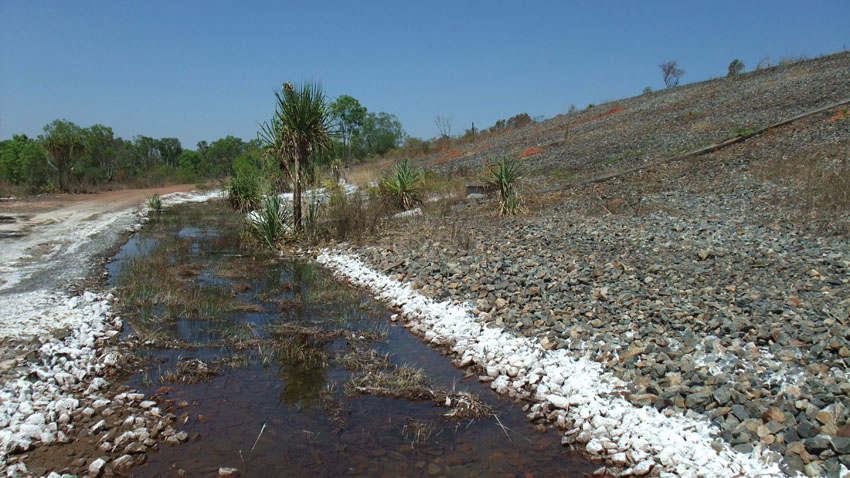 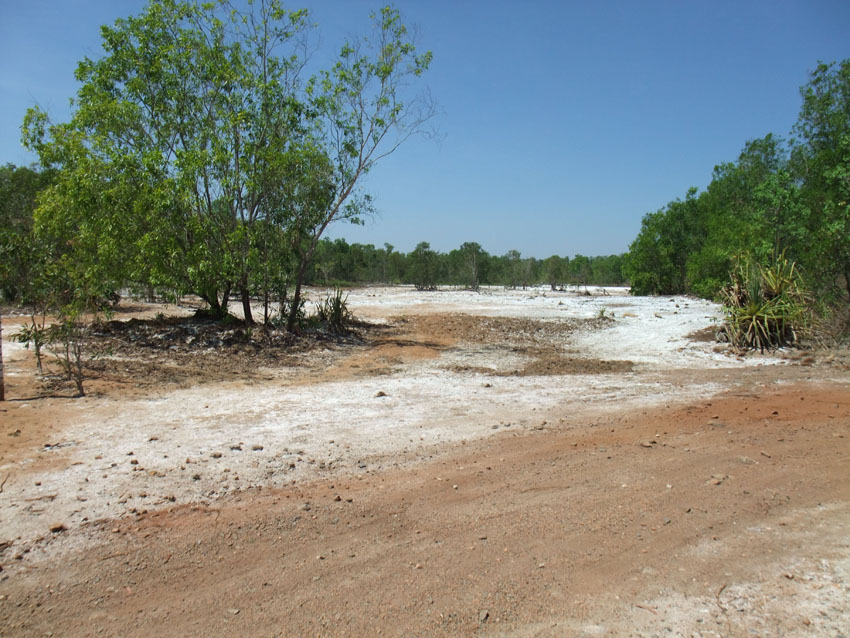 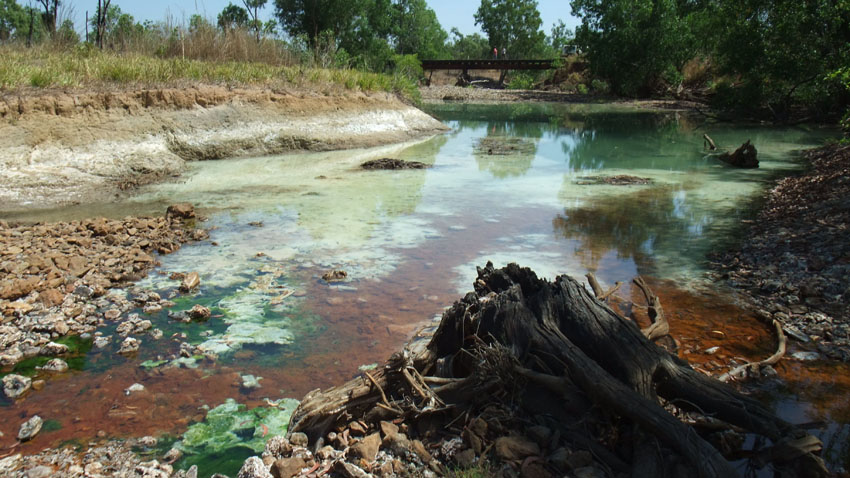 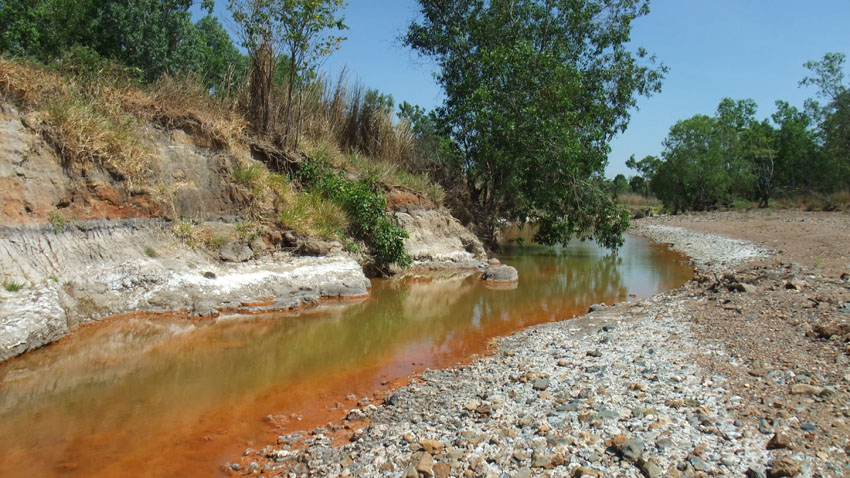 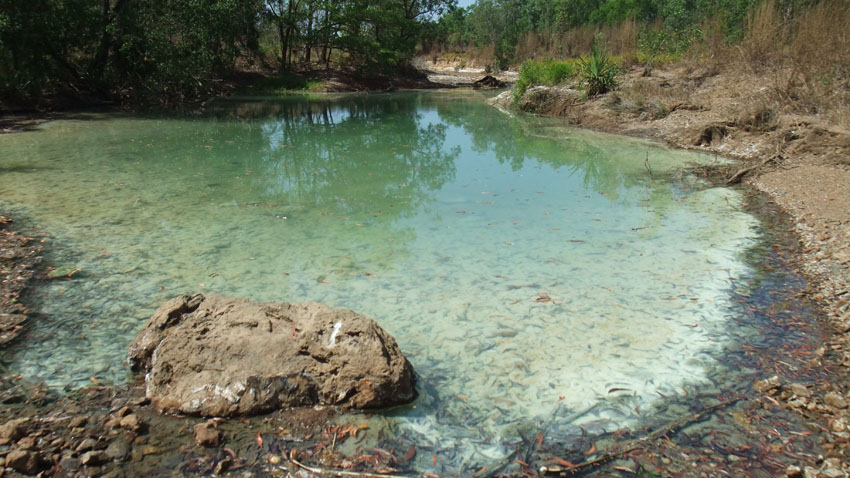 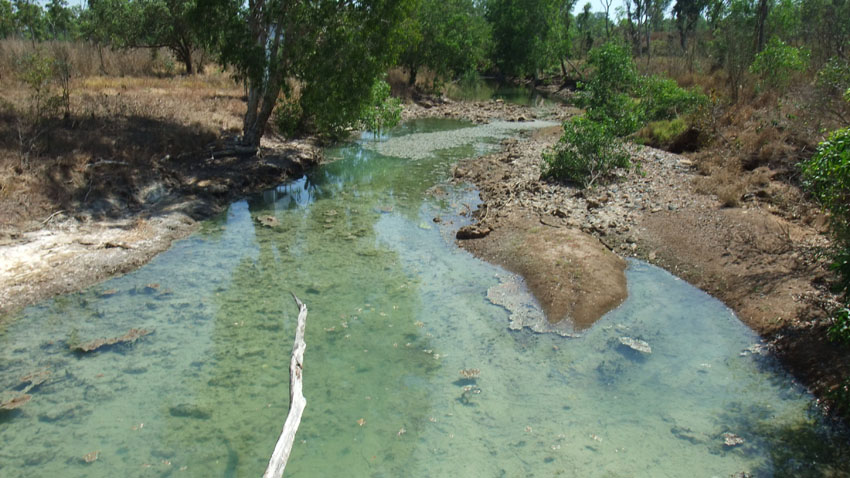